A Letter from the CEO: Women’s Equality Day 2022 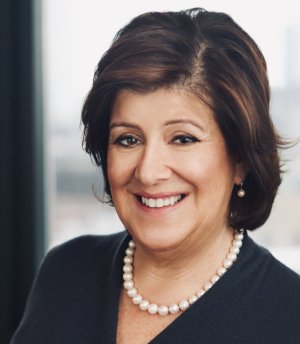 by Anne McCune, CEO of The Carol Emmott Foundation

Every year on August 26th, people across the United States come together to celebrate Women’s Equality Day. This annual commemoration, designated by Congress in 1973, recognizes the ratification of the 19th Amendment in 1920, which granted American women the right to vote. In celebrating the gains of the Women’s Suffrage Movement, we must recognize the complex and oppressive history that accompanies this day.

The 19th Amendment was passed by Congress on June 4, 1919, officially ratified on August 18, 1920, and certified eight days later on August 26, 1920. However, despite achieving such a landmark victory, voting inequities and the uneven distribution and access to political power was still deeply evident in the post-19th Amendment era. A mere 3% of voting-age Black men and women were registered to vote in the South in 1940 due to violence, poll taxes, literacy tests, and public intimidation. Voting rates and registration numbers for Black citizens rose significantly after the passage of the 1965 Voting Rights Act, a notable achievement of the Civil Rights Movement of the 1950s-1960s, which outlawed discriminatory voting practices and essentially enforced the liberties guaranteed by the fifteenth amendment.

But legislation can only go so far without active cultural, pedagogical, and systemic shifts. On this 49th celebration of Women’s Equality Day, women of color, poor women, immigrant women, queer women, disabled women, and trans women still face barriers not only to accessing political power, but to basic human rights and services. In 2022, 102 years after the ratification of the 19th Amendment, women are still subjected to disproportionate levels of violence, face workplace discrimination, and most recently, have had their bodily autonomy revoked with the overturning of the landmark Supreme Court decision Roe v. Wade on June 24th, 2022.

This Women’s Equality Day, I encourage you to celebrate the ratification of the 19th Amendment, actively combat historical erasure, commemorate the suffragists, and engage in racial healing and rest. The fight is not yet over.