How Do We Keep Fighting for Change? 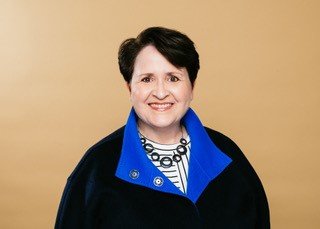 by Denise Brosseau,  presenter on Thought Leadership for the Carol Emmott Fellowship

I was taking questions following a webinar on thought leadership with the amazing Carol Emmott Fellows of 2022, when one of them asked me about something that has long been on my mind. How, she wondered, do you keep going when you are fighting for change in an arena like racial justice or health equity, where every day you see evidence that the fight is unwinnable?

I can relate, I assured her. The two issues that I have been fighting for throughout my career— women’s right to choose and women’s access to capital—also feel like unwinnable battles. After decades of a national debate on Roe v. Wade, and many millions of dollars raised to preserve it, the other side is poised to overturn our fundamental rights—not because they are in the right, not because they are in the majority, but because they found an issue that galvanizes a small minority to come to the polls.

And despite decades of national efforts on women entrepreneurs’ access to venture capital, we have only grown the share of the pie from 1% to 2% for companies founded by all-women teams.

But here’s what keeps me going—I think about the women who came before me—those who fought for women to even have a right to vote in this country. Their battle was much harder than mine. Unlike me, they went to jail for what they felt was right. They were force-fed, beaten, and vilified, and they fought on. So, I do, too.

Now that was an okay answer, because it’s true and right, but after I left the meeting, I realized there is more to the story. I decided to ask a few people I trust, who are also working on intractable challenges, what keeps them going. Here’s what they said:

I think all of those answers are helpful, and I’m sure you have others. But what summed it up for me was a story from the first chapter of Will Smith’s new biography, Will, by Mark Manson, which I read, fittingly, on Martin Luther King Day. (It’s great. I highly recommend it!)

In it, Will tells a story from his childhood about how his father had set Will, age 11, and his younger brother a seemingly impossible task: to rebuild a 12 foot by 20 foot brick wall at the front of his store. Neither boy had any knowledge of construction. Their only tools were cement, sand, lime, water, buckets, shovels, and an old-fashioned level with a water bubble in the middle.

Every day, for nearly a year, the two boys came to the store to work on the wall. They didn’t get vacations. They worked every weekend and holiday and all throughout the summer without a day off.

Will tells the story of discouragement and overwhelm, of heat and frustration, of feeling trapped and believing that his father was a “kook.” The boys felt the entire project was impossible. They could see little progress and were sure they were never going to get it done, or if “they ever did finish, there would tragically be another hole, right behind it, that immediately needed to be filled.”

One day, Will recounted that their grumbling and complaining got to be too much for their father, and he came over to where they were working and “he snatched a brick out of my hand and held it up in front of me. ‘Stop thinking about a damn wall!’ he said. ‘There is no wall. There are only bricks. Your job is to lay this brick perfectly. Then move on to the next brick. Then lay that brick perfectly. Then the next one. Don’t be worrying about no wall. Your only concern is one brick.’”

As I read that, I realized that it was a perfect metaphor for making change happen—one that sums up all of what I’d been thinking and everyone else had been saying. If you want to keep going, stop worrying about the wall and just focus on your next brick—and lay that brick perfectly.

I can do that. That feels possible. After all, I do believe, as Martin Luther King once said, “The arc of the moral universe is long, but it bends toward justice.” I just have to do my part to make sure that it does.

What about you? What if you let go of your focus on the wall, which can feel insurmountable, exhausting, and overwhelming, and instead concentrate on what is within your control—the next brick?

Denise Brosseau is a thought leadership strategist, executive coach, consultant, and speaker. She frequently works with CEF Fellows who want to get their voice heard, advance important causes, build their brand and reputation, and spread their ideas widely through thought leadership. She is the author of the bestselling book, Ready to Be a Thought Leader?, and she has two popular courses on thought leadership on LinkedIn Learning. To connect with Denise and/or sign up for her newsletter, visit www.thoughtleadershiplab.com.