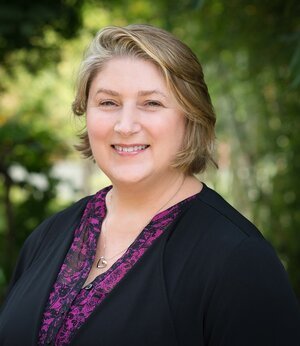 Debbie Thurmond is the Ruth and Robert Lanman Professor of Gene Regulation and Drug Discovery at the Beckman Research Institute of the City of Hope. After completing her Ph.D. in biochemistry and molecular biology at the University of Iowa in 1997 , she carried out postdoctoral work in physiology and biophysics. She joined the Indiana University School of Medicine faculty in 2001, quickly ascending to full professor and associate director of the Diabetes Center. In 2015 Thurmond embarked on a leadership position at the City of Hope as the founding chair of the department of molecular and cellular endocrinology. As of September 2020, Dr. Thurmond was named director of the Diabetes and Metabolism Research Institute at City of Hope (having previously served as deputy director since 2019). Thurmond maintains a highly-funded research program and is an internationally awarded scholar serving on acclaimed advisory panels in the fields of diabetes and obesity research. Her awards include the Trailblazer in Research Award from Indiana University in 2010 and her endowed chairship in 2017. In 2018 Thurmond was the first woman to have been awarded the Davidson Award in Physiology from the University of Toronto, Canada, as part of the Banting and Best Award in Diabetes. Recently, she was nominated for a 2020 Alexander M Cruickshank Lecturer award.